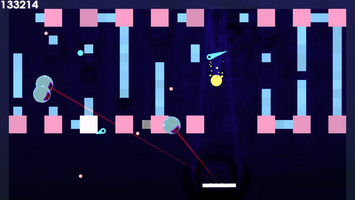 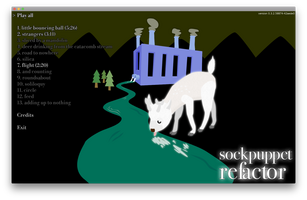 Okay, wow, it's been a while since my last devlog. Part of that is because I've been really busy with non-Refactor things, or with non-game parts of Refactor. Part of that was because I was waiting for larger updates to post anything. Most of it was because my usual chronic pain issues caught up with me and laid me low for most of the month.

Anyway, here's what I've done on Refactor in the past month.

There is so much to do on this, I mean aside from writing the other 10 games! Here's a condensed list of stuff:

Anyway! This weekend I will be at the Indie Games Expo at Emerald City Comic Con! Come check it out, in room 204. I'll be there Thursday afternoon and evening, Friday evening, and Saturday night. But there's a lot of other amazing games that will be there too! So check it out multiple times. And come and say hi!